The Neptune Islands are located 15 nautical miles – about 3 hours on a boat – off the coast of Port Lincoln. The islands are a hotspot for Great Whites due to the tens of thousands of Long Nosed Fur Seals that live on the islands. It’s one of a handful of places around the world that allows bucket listers with no diving experience to hop in a cage and have eye-to-eye contact with this fierce yet misunderstood ocean predator. Rodney Fox Shark Expeditions pioneered great white encounters half a century ago, offering the world’s only ocean floor dive cage and multi day excursions aboard their boat. Proudly eco-friendly, utmost care is taken to protect sharks and clients.

Length of Trip : Depending on the operator and experience, anywhere from a full day to 8 days on a live aboard boat.

Best time to go : Tours run all year round, although April to July is particularly active.

Family friendly : Kids as young as eight can participate, and some even younger if the captain gives you the go-ahead.

Where to eat :
Meals are served buffet style on board the Princess II.

Where to Stay :
Rodney Fox Shaek Expeditions take place on the Princess II, which is 23 metres (77ft) in length and weighing in at 170 tonnes. She has three levels – observation, diving/dining and accommodation. There are decks on the observation and diving levels. Both are fantastic places to view the sharks (and the stars).

Getting There :
Port Lincoln is accessed by air from Adelaide International Airport by QANTASLink and Regional Express. The town is also a 7.5 hour drive from Adelaide.

Note from Robin :
You are thirty times more likely to be killed by lightning than by a shark. Bees, wasps and falling vending machines kill more people each year. Thousands of more people are killed driving to the beach, swimming or just sunbathing by the beach, than by sharks. Yet driving, swimming and sun bathing do not elicit such terror. With shark finning out of control, up to seventy million sharks are massacred every year for an expensive soup served mostly in Hong Kong, China and Taiwan. The soup supposedly signifies status, but more accurately demonstrates ignorance. One third of all shark species are now threatened with extinction, with some populations declining by 98 percent. 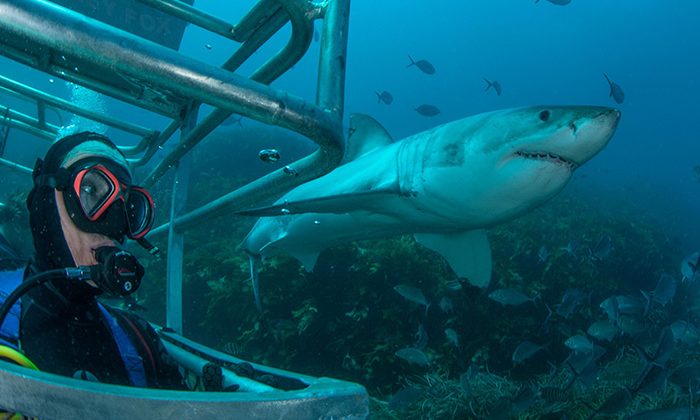 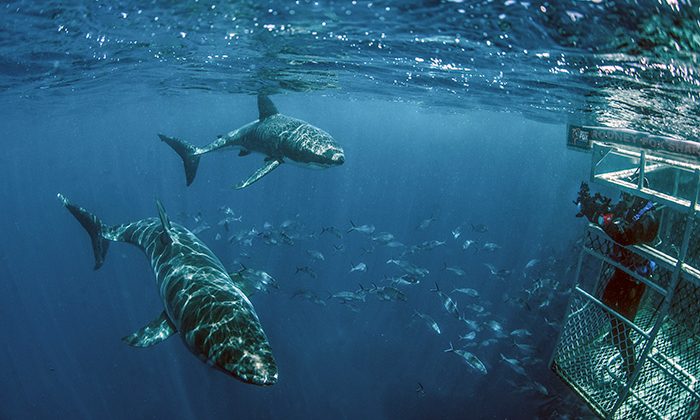 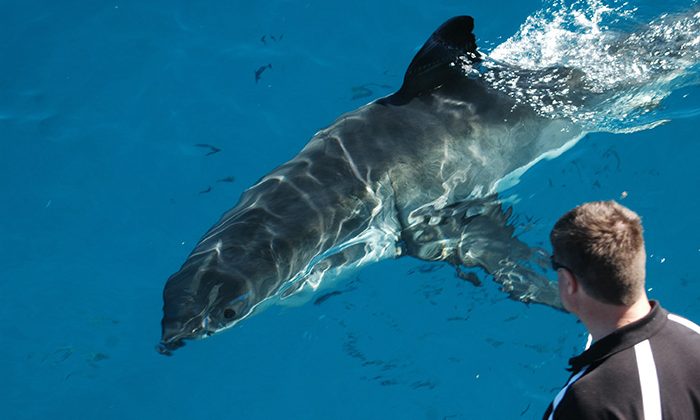 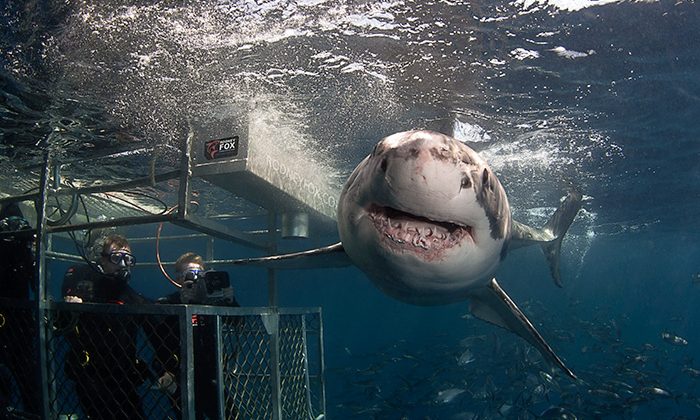